On 10th April 2017, METStech successfully demonstrated the use of their leaky feeder BDAs for providing LTE mobile network coverage in an underground, mining or in-building environment.

The testing demonstrated how an LTE network can be extended in mines, buildings, underground and in other applications, and can be used for PTT two-way communications, safety, automation, tracking, production, paperless forms, and other applications.

The tests were conducted at Strata Worldwide in Newcastle NSW, and fed LTE signals through three METStech BDAs onto a leaky feeder in a shielded room which otherwise had no LTE signals present. IMPULSE Wireless PTT was also demonstrated providing two-way communications over LTE within the "underground" network and out to users on the external Telstra network.

Below is a screenshot of the consistent and reliable performance achieved. With a single feeder, MIMO is not possible, however reliable speed and throughput is obtained thanks to the linearity of the METStech BDAs, which may also be used for P25 and TETRA radio frequencies. This means a cost-effective and simple upgrade and migration path to full data capabilities underground, as well as reliable two-way communications over VHF, UHF or PTT over LTE. 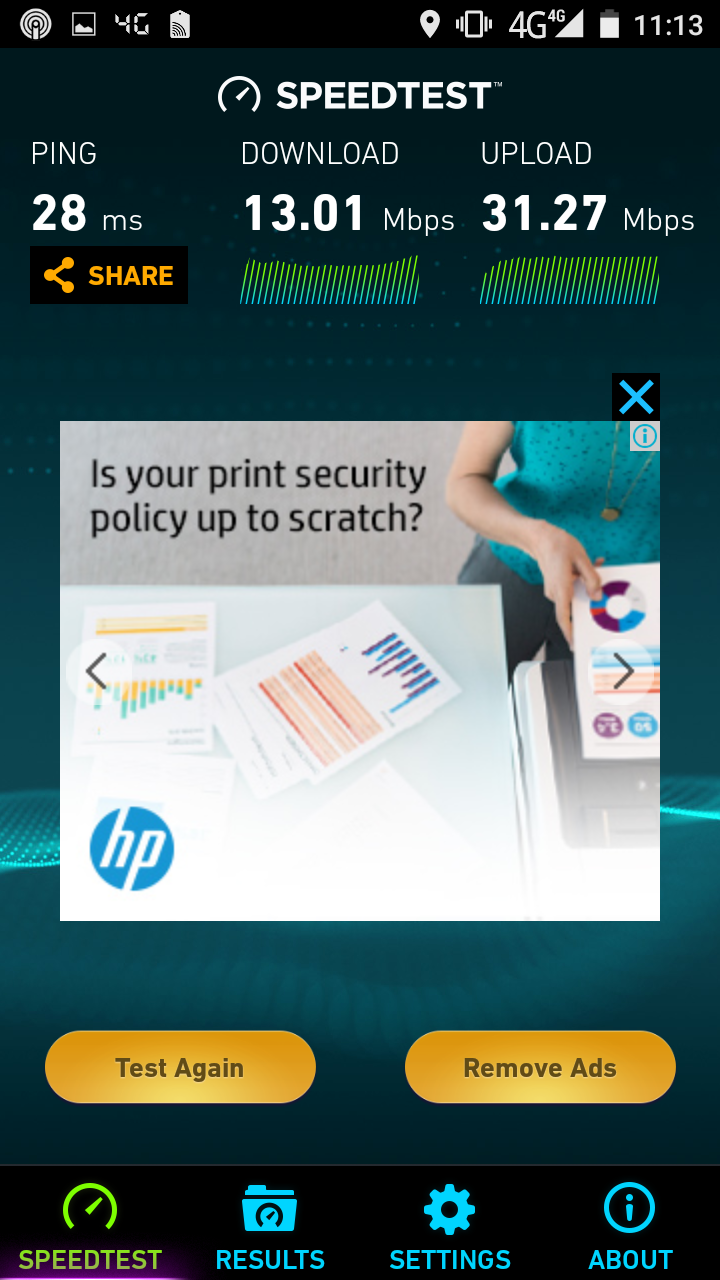