The Mission-Critical problem for PTT is the reliance on the underlying network. This is dealt with in a number of ways in the MCPTT standard:

- eMBMS provides broadcast messages from a single site, reducing the network traffic required when many users in coverage are receiving the same message.

- Direct Mode/Proximity Services (ProSe) will allow users to communicate with each other when there is no available network.

The real problem for MCPTT as of early 2020 is direct mode. Since 3GPP released ProSe in LTE release 13 in 2016, there have been numerous tenders for "MCPTT" which still rely on a different method to accomplish direct mode. This is because, more than three years on, chipsets capable of direct mode PTT in accordance with the MCPTT standards (which still are open to much ambiguity) are not commercially available, even less the frequencies required.

A number of vendors have already come up with solutions to the problem of direct mode on an LTE device.

Sonim has a direct mode accessory for the XP8 which connects to other users via the 900MHz ISM band, providing voice and data.

Hytera has an Advanced Multi-Mode Radio, which is an LTE smartphone with a VHF or UHF DMR Tier III or TETRA radio in it (depending on the model). In July 2019, IMPULSE Wireless released exclusive software which uses the Hytera multi-mode radios to provide intelligent and seamless mission-critical voice communications across 4G PTT and UHF/VHF radio for direct mode or comms where there is no 4G coverage, even leveraging DMR networks or repeaters or COWs/mobile repeaters for enhanced coverage. We are currently (January 2020) working on a second, more cost-effective device which also provides a few key performance improvements, and will autonomously and seamlessly integrate LMR and LTE for critical communications in a single device.

Other networks, including in the UK and France, still rely on land mobile radio for direct mode.

Ambiguity and [not quite] Mission-Critical PTT 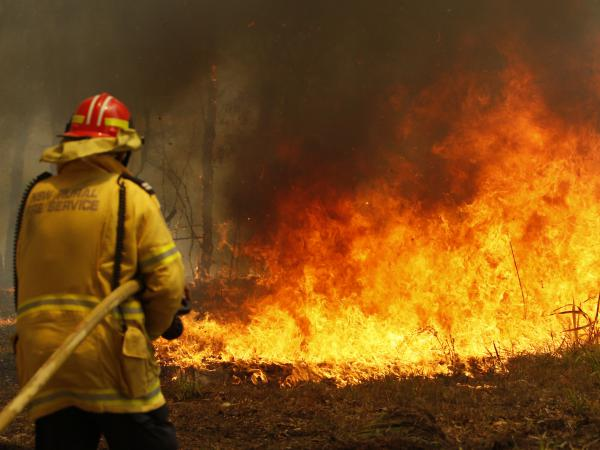 A NSW RFS firefighter, with two radios in use, fighting a fire near Taree. You can be sure at least one of these radios is using a Simplex or direct mode channel. Image credit: Darren Pateman / AP